This corner of a garden  was overgrown with  shrubs, ivy and brambles. It is close to the house and we decided to create a large feature of exposed sandstone with an incorporated flow of water.  The feature comprised of  large locally sourced sandstone pieces which were arranged to form an outcrop out of which water would trickle, pumped from a hidden reservoir under the base level of the feature. 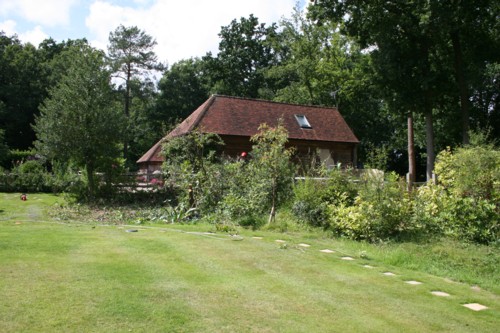 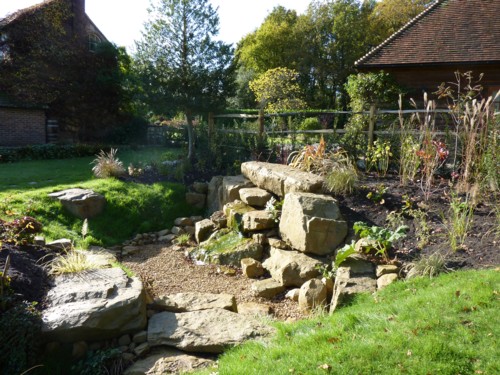